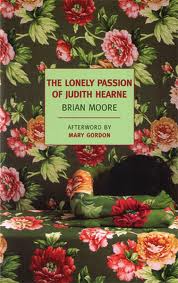 I recently finished Brian Moore’s 1955 novel The Lonely Passion of Judith Hearne, which was originally titled Judith Hearne. (Good call regarding the new title. I’m all about reading about the lonely passion of an individual rather than the individual). I’m happy to report that the book was (objectively) great! However, for me, the book’s greatness was mildly overshadowed by the multiple anxiety attacks I experienced while reading it. You see, it’s about an aging Irish spinster with delusions of grandeur who has to live in a boarding house because she’s run out of money and is also a secret alcoholic. So, basically everything I fear becoming.

I don’t wish that I hadn’t read it, because I did really feel positively about it in the end. But I also wish I had never met Judith Hearne, even though she’s a character I’m sure will stick with me for a long time. If you ever find yourself in a situation where you’re considering reading this book, I’ve created a helpful list of reasons to/not to read it:

– You like spinsters
– You enjoy books that got made into films starring Dame Maggie Smith
– You can stomach watching people excruciatingly embarrass themselves
– You like watching Intervention
– You like Irish writers
– You are Irish
– You are a lapsed Catholic
– The phrase “lonely passion” appeals to you
– You think everyone is basically terrible
– The inverse of all of many the reasons stated above
– You are afraid of priests but still kind of like them
– You still have nightmares (or haunting daytime thoughts) about Catholic school and all of the things that go along with it even if you attended in modern times
– You generally like Irish people who live in America because of their accents, etc.
– You can easily imagine yourself becoming an old single lady who drinks so much whiskey in her boarding house bedroom that she can’t remember singing loudly to herself for hours

I had originally made two separate lists but then I decided that all of the items could work for or against reading the book. So read it! Or don’t! I’m sure you’ll be happy either way. I’d say that for me, it was probably worth all the anxiety because I really admired the prose and Moore’s ability to draw a complex cast of characters.

So do I recommend this book? Yes! But only as long as you pick up the NYRB edition since the cover is a tragically twee masterpiece that makes for a great subway accessory.