Hi. This is what I woke up to last Saturday morning: 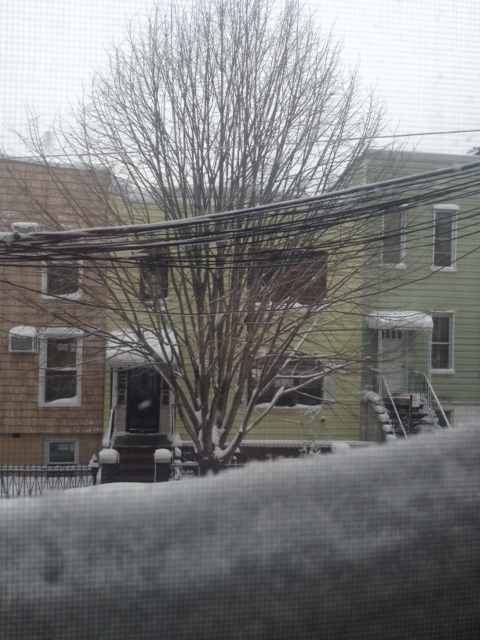 I’m not too sad that the snow’s mostly gone now because I like wearing non-snow boots, but I did like having it piled up on my window sill like that.

Things I read that I liked this week:

I can’t get enough of the new My Bloody Valentine record. (I still go through a Loveless phase like, once a month so…duh.) Here are two of my favorite music writers talking about why it’s so great:

(Sidenote: Did everyone know that Rolling Stone has a WINE CLUB?)

The pope quit and I think John Patrick Shanley’s “Farewell to an Uninspiring Pope” in the New York Times was my favorite opinion piece.

I read this thang – “Connie Britton Is a Late Bloomer” – on Mrs. Coach in the New York Times Magazine and it’s great.

Also, randomly came across this short Michael Chabon piece from the NY Review of Books on why he hates dreams, which I enjoyed very much.

I finished Best American Short Stories 2012. It was good, overall. (I mean, these stories were the best, right?) Honestly, I’d recommend buying it just to read “Beautiful Monsters” by Eric Puchner, which was one of the most surprising stories I’ve read in a long time.

I just started Between the Woods and the Water, a chronicle of Patrick Leigh Fermor’s journey on foot from “the hook of Holland to Constantinople”, which I’m psyched about. (It’s the sequel to A Time of Gifts, which I read this fall.) I’m only 50 pages in but already I have learned so much about pre-WWII Eastern European society! For example, Hungarian dudes rolled up to social events with scimitars and were still dueling pretty much in the mid-1930s.

Anyway, I can’t stop listening to this song:

I’m gonna go listen to it right now. Please be safe while you’re out celebrating your favorite presidents this weekend!

One thought on “Friday Roundup”