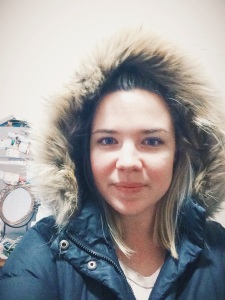 I’m throwing my winter coat in the garbage tonight. It’s seen me through nine winters. The first four in Chicago – or really, a suburb of Chicago – where I went to college. The last five in New York, where I’ve always lived otherwise. It was a good coat. A warm coat. A coat that shielded me from everything from blizzards to beers spilled by blacked out frat boys. It could be kind of a piece of shit in the rain, but I guess it mostly did the trick.

I’ve said I’d get rid of it at the end of the last two winters. But I didn’t. Maybe I wasn’t ready to say goodbye. Or maybe I was just too cheap. A good winter coat – and I’m talking about the kind with real down feathers – is hundreds of dollars. I need to be absolutely sure I’m ready to make that kind of investment, especially if there’s the potential for me to wear something almost every day during four months of the year for nearly a decade.

I haven’t actually put the coat in the garbage yet, or even in a garbage bag. It’s sitting on my floor with an old comforter I’ve been meaning to throw out for a few weeks but haven’t gotten around to. Sometimes, I worry that I’m becoming a hoarder, but I do tidy up and de-clutter every few days precisely because of that fear. It’s just throwing out big things that I put off for too long. For instance, in addition to the coat and the comforter, I’ve known that I’m going to throw out my air conditioner for weeks now and have made no attempt or even a plan for an attempt to throw it out. This habit of putting off throwing things away might be hereditary. Just this weekend, in my grandmother’s spare bedroom where she keeps all sorts of things that should be thrown out, I found a cardboard box that was mostly empty except for some cassette tapes and golf balls. They belonged to my uncle who died ten years ago. I understand holding on to those things for sentimental value, I guess, but I don’t think anyone’s going to listen to a Lionel Richie cassette ever again. (Except, perhaps, for the tens of people in this country who will do it ironically.) And someone could use those golf balls. To me, peering into that box, the solution was simple: Save the golf balls, throw away the cassettes. But I know too well that that’s easier said than done.

I seem to have gotten away from my original point, which is that I’m sad to say goodbye to my winter coat. But I must say goodbye because my coat has lost a lot of its usefulness. (And I don’t just mean that because the weather’s changing.)  Sure, the coat is still warm, but one of the zippers on the pockets has been broken for one, if not two, years and stuff fell out of that pocket all the time. Also, a few of the seams have started to tear and there are feathers that poke out of the fabric in too many places. Also, it has lost most of its attractiveness. It looks old and I don’t feel good when I wear it and that feeling is certainly not of any use to me.

So, farewell, old friend. You will most certainly sit on the floor of my bedroom for the next few weeks while I put off buying garbage bags that are big enough to fit you and the old comforter, but I’m hoping if I say a public goodbye now, I won’t chicken out and wear you for another winter. Ten years in the same winter coat is a tragedy I don’t think I could bear.