Welcome back to Reading Week! I had to take last week off due to life “getting in the way”, I guess. (So much for that promise that this would be a weekly thing.) Actually, it’s probably better that I took a week off. I read The Secret History so slowly that I didn’t pick up a new book until earlier this week. And I ended up doing a lot of magazine reading (well, really, just back issues of The New Yorker) during this time as well, especially while I was away over Labor Day weekend, so I have plenty to share in that regard. 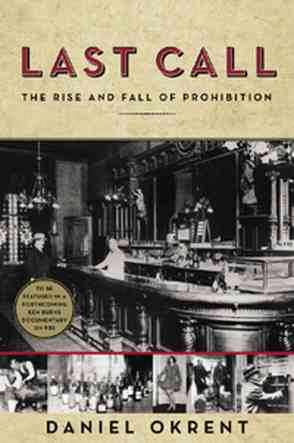 I loved The Secret History, but I’ll wait to give you my full review. (It will be included in my quarterly review post next month). I had a hard time picking out my next book because I wanted to buy something new but feel that I’ve spent way too much money on books recently. So, I decided to find something that’s been sitting on my shelf for a while, unread. Originally, I thought I’d take a crack at Dombey and Son – the only unread, not-torn-to-bits Dickens book on my shelf – but I didn’t feel like spending weeks on another novel. Instead, I picked up Last Call: The Rise and Fall of Prohibition, which has been sitting in my little non-fiction bookcase for at least a year. (It has been on my list forever and I’m embarrassed to say that I saw the Prohibition exhibit curated by the author, Daniel Okrent, earlier this year at the National Constitution Center in Philadelphia, before I ever opened the book.) I am only a few chapters in. And so far, so good! It’s super readable and full of enough witty asides that I’d tell even a non-history nerd to pick it up. (There’s still A LOT of history, obviously, but…you get what I’m saying.)

I read or finished reading two longer pieces on breakdowns in law enforcement and plain old horribleness happening in America right now. I had started Sarah Stillman’s piece about civil forfeiture in The New Yorker over Labor Day weekend, got sidetracked by drunkenness and finished it on Monday while sweating through my pants on a recumbent bike at the YMCA. Basically, it’s about how local governments are able to take money and property (cars, homes, etc.) from people who haven’t been convicted of a crime. The stories of the victims made me feel enraged and powerless – like, what would I do if this ever happened to me? – but also guilty, because I know that as a well-off, young, white woman, it probably won’t happen to me. So. Sigh. Also, this article namechecked a civil forfeiture case called “United States v. Approximately 64,695 Pounds of Shark Fins” and that made me laugh.

I also spent the last few days reading Reuters’ investigation of “private re-homing”, in which “American parents use the Internet to find new families for children they regret adopting”. Many of the children are adopted abroad and the lack of concern for their well-being on all sides (from the adoptive parents to law enforcement officials who discover cases of illegal transfer of custody) is shocking.

I also read some other things and not all of them are serious, but I’m really not kidding when I tell you that most of them are from old issues of The New Yorker. Here’s a brief rundown:

A Wrinkle in Time by Madeleine L’Engle: I reread about half of this book for my book club meeting. It was very strange, as an adult, reading a book I read probably five-ish times as a child. But it was totally worth it to read it and see things I hadn’t before.

“Trial by Twitter” by Ariel Levy (The New Yorker, August 5, 2013): An examination of social media’s role in Steubenville.

“Poisoned Land” by Elif Bautmann (The New Yorker, August 12, 2013): A fatal kidney disease in the Balkans baffles the medical community.